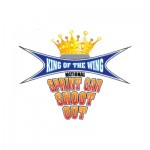 Weather forecasts for extremely wet conditions in the Southeastern United States this weekend have forced United States Auto Club officials and race organizers at Five Flags Speedway in Pensacola, Fla. and Mobile International Raceway in Irvington, Ala. to postpone the 2015 King of the Wing/Auto Value Sprint Car openers until next week, April 17-18.

The Friday night, April 17 race will be at Pensacola, while Saturday’s April 18 race is at the Alabama oval in Irvington.

“Obviously we are disappointed that the weather has conspired against us,” says USAC Racing Director Davey Hamilton. “We hope to minimize the unnecessary travel this week and are optimistic that next week’s dates will produce some fantastic racing.”

The Pensacola race will be the first on pavement for USAC Sprint cars in the Sunshine State since Dave Steele’s victory at Orlando Speed World in 2005. Florida hosted the inaugural USAC Sprint races in February, 1956 with Bob Sweikert winning the opener at Southland Speedway in West Palm Beach.