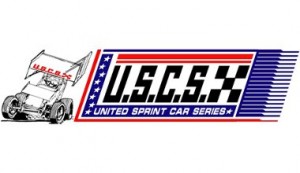 Atlanta, GA – (December 10, 2012) – Mark your calendars racers and fans, the United Sprint Car Series winged sprint cars will return to the venue that started it all in 1997. The series held its first event at the famed Talladega Short Track 1/3 mile Alabama red clay oval on April 25, 1997. On Thursday, May 30, 2013 the USCS Sprint Speedweek 2013 makes its fourth round (of six) stop at the oval located across the street from Talladega Super Speedway.

10-time United Sprint Car Series Champion, Terry Gray from Bartlett, Tennessee won that first USCS sprint car contest at TST. He is just one of a number of USCS top guns expected to make the mid-week assault on the high-banked oval on Thunder Thursday at the “Hornet’s Nest” during USCS Sprint Speedweek 2013.

On the following night, the USCS Sprint Speedweek 2013 moves over to Whynot Motorsports Park in Meridian, Mississippi for Round #5. Other divisions on the USCS Talladega “Thunder Thursday” racing card will be announced at a later date.