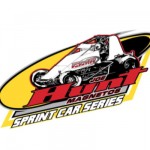 “We are really excited to bring the Joe Hunt Magnetos Sprint Car Series aboard for 2015 and beyond,” John Prentice, President of Prentice Motorsports Group said. “We have them in action with the King of the West Series and Civil War Series on a few occasions, and we think this will be a great addition to our program.”

The Joe Hunt Magnetos Sprint Car Series will kick the 2015 season off on Saturday, March 7th at the Silver Dollar Speedway as part of the Silver Cup.

The series will then have a few weeks off before they invade the Calistoga Speedway in Calistoga, CA on Sunday, April 12th as they share the track with the World of Outlaws STP Sprint Car Series.

April 25th has the series at the Petaluma Speedway, before their first show with the Civil War Series scheduled for May 30th at the Placerville Speedway.

The month of June has the series in action along with the King of the West Series on a pair of occasions as they take to the Stockton Dirt Track on the 13th, before their final visit of the year to the Calistoga Speedway on the 27th for the Wine Country Classic.

July 11th, the series travel to the Ocean Speedway for the Howard Kaeding Classic, before their second of three stops at the Stockton Dirt Track on August 1st.

August 29th brings the longest race of the season as the 50-Lap Soares Classic awaits the stars and cars of the series at the Petaluma Speedway.

A return trip to the Ocean Speedway for the Johnny Key Classic is on the 29th of August, before sharing the spotlight with the Civil War Series on Wednesday September 9th as Gold Cup week opens up.