Dover opened the weekend in his sprint car by charging from eighth to third place in a Carpetland Nebraska 360 Sprints heat race at the track in Jefferson, S.D. That locked him into the feature redraw, where he pulled the No. 5 to start the main event on the inside of the third row. 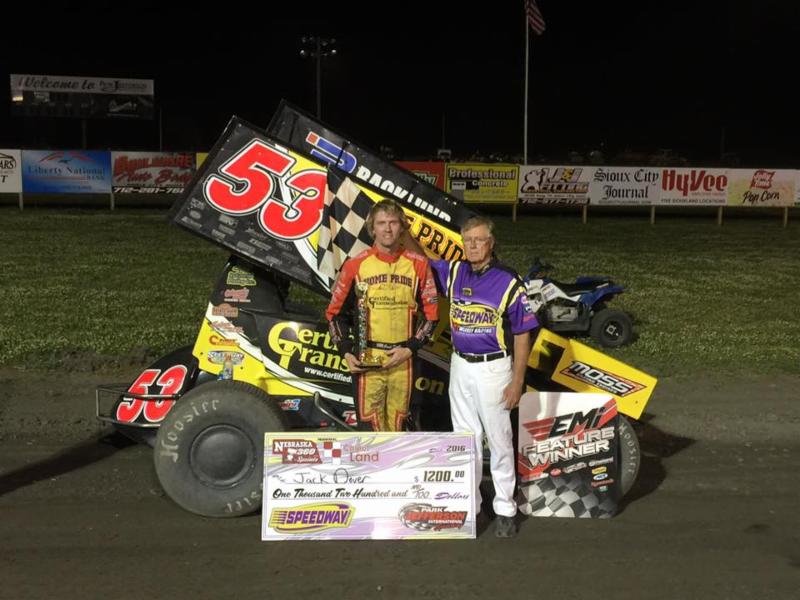 “We had a really good car all night long,” he said. “I felt confident that we would compete for the victory before the main event and we were just as strong in the feature as we were in the heat race. I could pass where I needed and it’s always a fun night when you have a car that can move forward and win.”

The victory was Dover’s second straight with the series and it extends his lead in the championship standings to 42 points. Dover also has four consecutive podium finishes with the series.

The weekend concluded on Sunday at Badlands Motor Speedway, where Dover claimed a heat race win after starting on the pole. He advanced into the feature redraw and pulled the No. 6 to start the feature on the outside of the third row.

“We were all over Tim Kaeding for the race win,” he said. “We had a really good car that was capable of winning, but Tim ran a good race and didn’t give us an opportunity to take advantage of. We’ll take a podium finish and keep the momentum rolling.”

Dover ended with a runner-up result, which gives him six finishes of either first or second place in his last seven races.

Dover will return to action this Friday and Saturday at Dodge City Raceway Park in Dodge City, Kan., for the Steve King Memorial. He will be doing double duty both nights and will compete in the 305ci class driving for Chris Roseland.

“Luke Cochran has become a family friend the last few years and he’s been instrumental in keeping our program going,” Dover said. “He also has a great company, which we’ve seen firsthand when Home Pride Companies, Inc., roofed my parent’s house.”