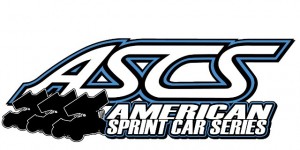 Tulsa, OK — (October 15, 2012) — The calendar continues to fall away and with it comes the changing of the season from racing to that of silence. A time when the country succumbs to the grip of bitter cold and the stands sit empty as fans and teams make ready for the first signs of the New Year.

With seven of the ASCS Regions recording championships, only three remain to be decided with the Speedway Motors ASCS Warrior Region, Canyon Region, and Southwest Region left to be determined.

With competition not set to resume until November 9th at the El Paso Speedway Park in El Paso, Texas the Southwest Region will have to wait its turn as the Canyon and Warrior Regions take center stage in this week’s regional highlight.

Despite the name, this weekend’s affair doesn’t represent the finale of the Canyon Region which ends with the 45th annual FVP Western World Championships presented by Sands Chevrolet on November 15-17. Instead, this weekend marks the end of the 2012 regular season as the 1/3 mile clay oval prepares for several high money events to end out the year.

Both night are scheduled to begin at 7pm. There will also be an open practice session on Wednesday at the Canyon Speedway Park that runs from 6pm to 9pm.

Following the events of the Hockett / McMillin Memorial it has been a game of catch up for Kyle Bellm. Leading the standings into the two day event the Nixa, Missouri racer came out trailing Jonathan Cornell.

Jumping behind the wheel of the No. 04 normally piloted by Brad Graham at the Springfield Raceway on October 6th, Bellm managed a fourth place finish but was unable to make up any ground on Cornell who dominated the night’s feature event.

Sitting 30 points back, the battle for the Speedway Motors ASCS Warrior Region comes down to one night as the series heads of Valley Speedway in Grain Valley, Missouri on Friday October 19th.

Taking the win with the Warrior Region in the season opener on April 13th, Cornell would chase Bellm across the line when the Region joined with the Lucas Oil ASCS presented by MAVTV National Tour on May 23rd when Bellm claimed high points for the Region with a fourth place finish.

With each seeking their first Warrior Region Championship, this weekend’s events should prove interesting. Races at Valley Speedway are scheduled to begin Hot Laps at 6:30pm

News and results from the ASCS Regions will be posted to www.ascsracing.com as soon as we are able.

Additional information regarding the American Sprint Car Series is available at www.ascsracing.com as well as Twitter (@LucasOilASCS) and Facebook. News and information can also be sent to you with the ASCS E-News Letter. Sign up with your Cell Phone by texting ASCS to 22828.