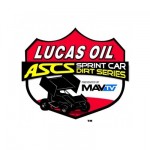 Little Rock, AR — (March 24, 2015) — Arkansas’s I-30 Speedway is a long standing tradition with the Lucas Oil American Sprint Car Series. The site of the first National Tour event in 1993, Tracey Clay has confirmed her famed quarter-mile oval for five nights of racing in 2015, including the $15,000 to win, 28th annual COMP Cams Short Track Nationals presented by Hoosier Tires.

The season’s only pre Short Track Nationals visit to the I-30 Speedway, drivers with the Lucas Oil ASCS will take on the best the Mid-South has to offer on Saturday, May 9.

Since Mike Ward’s victory on May 15, 1993, a total of 74 nights of ASCS National competition have been contested at the I-30 Speedway. Christopher Bell is the series’ most recent winner, taking his qualifying night and his first Short Track Nationals’ title on October 25, 2014.