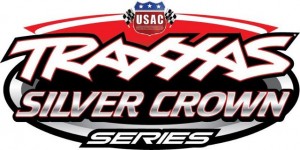 A total of 11 events comprise the preliminary schedule, opening with the “Sumar Classic 100” at the Terre Haute (Ind.) Action Track on April 28 and again concludes with the annual “4-Crown Nationals” at the Eldora Speedway in Rossburg, Ohio September 21.

The storied Belleville (Kans.) High Banks, already announced as an August 2 date, will host its inaugural Silver Crown event as part of this year’s “Belleville Nationals.”

Returning to the series in 2013 are events at Gateway Motorsports Park in Madison, Ill. and Pikes Peak International Raceway in Fountain, Colo. and the famed Milwaukee (Wisc.) Mile is targeted for a July race yet to be announced. Gateway hosts the series June 1 and the Pikes Peak race is June 29. The Silver Crown cars last competed at Gateway in 2001 and the race Silver Crown race at Pikes Peak occurred in 2005. Milwaukee last hosted a 2011 race.

The “USAC Hall of Fame” race May 18 and “J.D. Byrider 100” July 27 are on the slate at Lucas Oil Raceway at Indianapolis, while the traditional one-mile dirt races return at Springfield and DuQuoin, Ill. and Indianapolis, Ind. The “Hoosier Hundred” In Indianapolis is May 23, “Tony Bettenhausen 100” at Springfield is August 17 and the “Ted Horn 100” at DuQuoin is September 1.