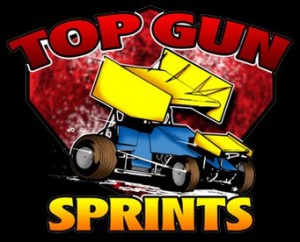 Eagle Jet Top Gun Sprints will return for their final appearance at East Bay Raceway Park in 2013 on Saturday, December 7th. Buddy’s Home Furnishings will be the presenting sponsor for the $1,000.00 to win feature event.

An action packed night of racing with the Limited Late Models, Street Stocks, 4 Cylinder Bombers and V8 Warriors will be joining the Sprint cars.  Racing starts at 6:30pm.