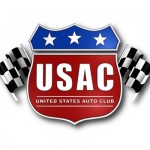 In 2015 the Honda National Midget Championship trail will include all of the major outdoor Midget events in the country, starting with the Kokomo Grand Prix in April and running through the famed Turkey Night Grand Prix on Thanksgiving Night in Perris, CA.

Rico Abreu is the defending champion of the series, while teammate Christopher Bell (the 2013 champion) is expected to be among primary challengers for the 2015 crown, along with Tracy Hines, who will continue his pursuit of the elusive USAC Triple Crown. Hines needs olny a National Midget title to accompany his previous championships in the AMSOIL National Sprint Cars and the Silver Crown Championship series to become USAC’s sixth Triple Crown king.

New to the calendar are back-to-back races May 29 and 30 at Plymouth (Ind.) Speedway) a weekend of special racing in June that will be announced in the coming days.

The “Chad McDaniel Memorial”is slated July 28 at Solomon Valley Raceway in Beloit, Kans. in advance of the Belleville, Kansas spectacular which features not only the Midgets July 30 and August 1 but also the USAC Silver Crown return to the High Banks July 31.