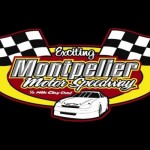 Montpelier, IN — (January 25, 2015) — As the Montpelier Motor Speedway enters its 112th year of racing including its 29th consecutive season opener, race fans will find an aggressive and diverse schedule featuring 27 races at the East Central Indiana 1/4 mile clay oval. Owners and Promoters, Harold and Lori Hunter, enter their 7th year of promotion and 5th year of ownership of the facility built in 1903.

The Midwest Sprint Car Series will make its first appearance since 2001 at MMS bringing action packed 410 Non-Wing Sprint Cars racing to the Montpelier Motor Speedway on Saturday, May 2nd. The series, now in its 15th year, will encompass Montpelier as a part of their 20 race slate towards a series championship bringing an additional sprint car date to the 2015 MMS schedule.

Winged Sprint Car racing will return to the Montpelier Motor Speedway during the 2015 season with the annual “Border Wars” event co-hosted with the Limaland Speedway. The 2015 iteration of the Border Wars event will have an added twist as the Engine Pro Sprints on Dirt will join the K & L Ready Mix NRA Sprint Invaders on Saturday Night, June 6th for a co-sanctioned battle. The NRA Sprint Invaders and Sprints on Dirt will make a second visit to MMS on Saturday night, August 1st.
When the BOSS (Buckeye Outlaw Sprint Series) rolls into Central Indiana on Saturday Night, September 12th, it will be one of the most anticipated shows of the Montpelier Motor Speedway 2015 season. Indiana, a state known for its high caliber open wheel drivers, will face off against Ohio’s finest BOSS series and Ohio sprint regulars. The 2014 edition of the race found 40+ sprint cars pit side and a torrid battle on the track for the feature win.

The Montpelier Motor Speedway Midget series will enter its fourth season with a scheduled 10 dates towards the MMS track championship. The highly competitive full size/unlimited engine Midget class has found a total of 15 different drivers in victory lane since its inception. The Midwest TQ Racing League will be the be the host series for 4 TQ Midgets events during the 2015 season. The series utilizes Midgets built three-quarter the size of their MMS Midget Series brethren.
The June 27th racing program will see the return of an action packed fireworks show presented by Circle City Pyrotechnics. The program will feature with a full slate of racing including the UMP Modifeds, Super Streets, Thunder Cars, FWD Compacts, and the MMS Midget series along with a professional Firework Celebration optimized for viewing from the Montpelier grandstands.

The Montpelier Motor Speedway will feature its weekly regular racing classes including the highly popular and competitive UMP Modifeds, Super Streets, and Thunder Cars along with the budget FWD Compact class all competing weekly. The Mod Lites will also compete at the Montpelier Motor Speedway for a host of programs in 2015. Special events will still remain a point emphasis for the classes that put on tremendous racing every Saturday night at the Montpelier Motor Speedway. The 5th Annual Early Season Shootout will be held April 11. The Montpelier Motor Speedway will celebrate the life and racing career of UMP Modified veteran Greg Pitts on July 11th. The season will conclude with a host of popular special programs with 5th Annual Late Season Shootout on September 26th. Plexiglas, sprint car wings, topless modifieds, and innovation will hit the track in quickly growing event with the Outlaw Showdown on Saturday, October 10. The season will conclude with the fan favorite with 9th Annual Monster Mash on October 25th featuring trick or treating in the pit area before the races and the infamous one chance per year to win the “Monster Mash Skull Trophy”. The 2014 edition found 158 cars pit side with a record breaking 58 UMP Modified entries.

To view the complete 2015 schedule at the Montpelier Motor Speedway visit
http://www.montpeliermotorspeedway.com/events