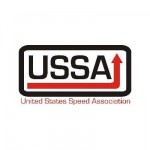 “Simpson World Indy was the first company to sign on with USSA when we formed our sanctioning body in 2010 and each year our top rookies have been awarded a tremendous prize featuring Simpson Products,” said USSA Vice President, Eric Bunn. “Too often the winners of the Rookie of the Year get a pack on the back. Simpson World Indy makes sure our USSA Rookies each take home a prize that will make them safer as their careers grow,” Bunn explained.

The Simpson World Indy Rookie of the Year Award is popular with 0rivers in the Mel Kenyon Midget Series and The Sprint Car Challenge Series. It creates interest and competition between the rookies and adds another level of involvement for the teams.

The Simpson World Indy Rookies of the Year in the Sprint Car Challenge Series Built by the UAW are Garrett Green 2013 and Jason Fuller 2014.