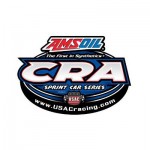 Drivers with eight series championships will continue their battle for the 2015 point lead in Saturday’s fourth round of the championship. Point leader Mike Spencer has five titles and runner-up Damion Gardner has three. Together they have won seven in a row!

Gardner has a victory, a third and a fourth so far this year while Spencer’s three outings have produced a pair of thirds and a fifth.

Gardner and Spencer lead the all-time list of Perris USAC/CRA lap leaders. Each has 43 races led; Gardner has led 722 laps while Spencer has led 698.

In terms of Perris wins, Gardner has 32 and Spencer has 25.