The race was the final tune-up for Gee as he heads into his first season on the Lucas Oil ASCS National Tour, which begins this Friday and Saturday at Devil’s Bowl Speedway in Mesquite, Texas, at the 44th annual Spring Nationals. 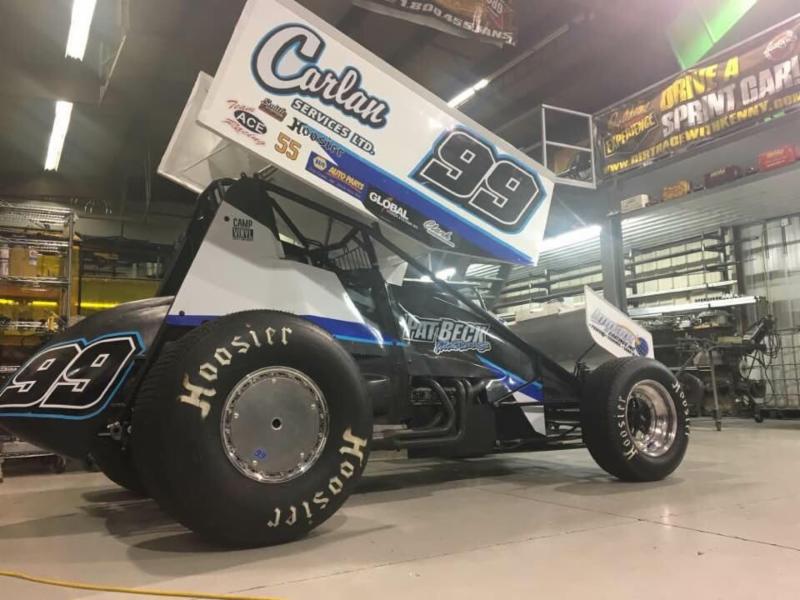 “Racing on the ASCS National Tour has been a dream of mine and I’m so excited to get that opportunity,” he said. “We’re going to go to a lot of new tracks and face a lot of great drivers each week, but the only way to get better is to push yourself.”

Gee, who claimed the ASCS Frontier Region championship last season following five wins in the region, kicked off the 2017 season with a tripleheader last weekend. He began the action last Thursday at The Dirt Track at Las Vegas in Las Vegas during the opening night of the two-day FVP Outlaw Showdown with the World of Outlaws Craftsman Sprint Car Series.

“We struggled with qualifying and that buried us in the field each night,” he said. “When you race with the World of Outlaws everything has to be aligned just right. We definitely learned a lot.”

“We made some great changes from Las Vegas to be fast in Arizona,” he said. “We took off and led most of the feature before a lapped car came up the track and I had nowhere to go.”

Gee led the first 16 laps and he had a straightaway advantage when contact with another competitor sent him flipping. He was unable to restart the race and was credited with a 16th-place result.

“That was really frustrating to not be able to finish the race because I think we had the car to beat,” he said. “At this point in my career finishing races and getting as many laps as I can is so important. Hopefully we can make a lot of successful laps this weekend at Devil’s Bowl and start the ASCS National Tour season on the right foot.”

Friday and Saturday at Devil’s Bowl Speedway in Mesquite, Texas, for the 44 th annual Spring Nationals with the Lucas Oil ASCS National Tour

Established in 1997, Carlan Services Ltd. operates an environmental cleanup business that transports contaminated and other materials as well as a variety of other services. For more information, visit http://www.Carlan.com.

“I want to thank everyone at Carlan Services Ltd. for their support of our race team,” Gee said. “I look forward to taking their logo into Victory Lane this season.”