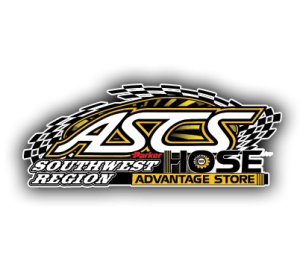 Tulsa, OK —  (May 28, 2014) — The Southwest Region of the American Sprint Car Series is set to scatter soil this Saturday, May 31 at the high-banked, three-eights mile, Central Arizona Speedway in Casa Grande, Ariz., formerly the Central Arizona Raceway.

Lorne Wofford stands as the most recent winner at the Arizona oval, doing so on May 18, 2013.

The only scheduled appearance of the ASCS Southwest Region at the Central Arizona Speedway in 2014, Rick Ziehl assumed the point in the chase for the championship after early leader, Bob Ream, Jr., was a no show at the Arizona Speedway on May 17.

The only name to ever grace the champion’s trophy in ASCS Southwest competition, Ziehl holds a slim 6 point margin over Joshua Williams who has matched Ziehl in terms of wins, top-fives, and top-tens so far this year.

Ryan Linder trails by only 16 points, followed by the region’s most recent winner, Lance Norick, who is 49 points back. Missing the show at the Arizona Speedway has pushed Ream back to fifth some 97 points behind going into this weekend’s event at the Central Arizona Speedway.

Admission on Saturday is $15.00 with discounts for Seniors. Kids 11 years of age and younger are admitted free into the grandstands. The program will include Pure Stocks, X-Mods, Dwarf Cars, and Bombers with races getting underway at 7:30 P.M. (MT). For more information on the Central Arizona Speedway, log onto http://www.centralarizonaspeedway.com or call 480-266-1378.