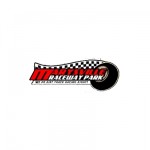 Chico, CA — (January 1, 2015) — Twenty four racing events are scheduled for the upcoming 2015 season at Marysville Raceway The New Action Track. In combination with new promoter Dennis Gage and help from Cycleland Speedway Owner and Promoter Lowell Moural Sr., the quarter-mile oval dirt track will be reconfigured for the upcoming season. Teams and fans are encouraged to attend the January 1st play date to see the new changes. “We are about half way there to completing our vision with the track,” said Gage. “It’s a gradual process that takes time when moving dirt and re-configuring the shape of a track.”

The first race of the season should be a great one with the Sherm and Loree Toller Memorial on February 28th. The race will feature an early chance for teams and fans to see winged 360 sprint cars, wingless sprints and sport mods.

The next race is billed as the Spring Gold Cup Fever Sprint Car Open on Saturday night March 14th and features 360 winged sprint cars, wingless sprints, economy sprints and pro 4’s.
Six nights later, a rare Friday night race is scheduled on March 20th for the traveling California Sprint Car Civil War Series. The accompanying division on that night will be the limited late models. The Civil War Series will return on May 23rd.

The first weekly Saturday point show will take place on April 4th. In all, a total of 16 point shows are scheduled. An onslaught of winged 360 sprints, super stocks, mini stocks, hobby stocks, wingless sprints, Pro 4’s and sport modifieds will get the majority of the point shows. Traveling divisions that will visit the Raceway throughout the year includes the 410 winged sprint cars, midgets, street stocks, dwarf cars, midget lites and economy winged sprints.

The excitement of 410 winged sprint car racing returns to Marysville Raceway with three individual nights. These special high paying, non-point shows will take place on April 25th, May 30th and June 20th. The 410’s will take the place of the missing winged 360’s on those nights due to the agreement with Civil War Series. “We think the 410 winged sprint cars are a nice compliment with the regularly schedule point divisions on those nights,” said Gage.