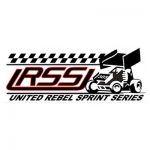 The United Rebel Sprint Series will be entering its 10th Season this year and is proud to announce its 2015 racing schedule. For the past nine years, the URSS has been the Midwest’s Premiere 305 Sprint Car Racing Series. Focusing on putting on the best shows for the racing fans has always been the mantra for Series Promoter Rick Salem, who when setting up the series ago told drivers and team owners that he wanted to leave the Rule Book alone for ten years to see how much The URSS Series could grow. The Series has produced seven different Champions in the first nine years, in 2014 there were 16 different drivers who graced the Winners Circle in 26 races proving that you can build a competitive 305 Sprint Car Series that provides parity between all drivers and teams regardless of how many years of experience they have under their belts.
This season’s only change will be that the National Championship will be determined by points earned at the ten “National Events” on the 2015 Schedule. At these National Events the competitors will be racing for purses of between $1000 to $2000 dollars to win. The Kansas Region points Title will still run under the current rules of counting 80% of the races run within that Region.

The 2015 racing season will kick off with a two day show at the Liberal Fairgrounds Speedway on April 18th & 19th. The Rebels have made 16 appearances at the famed 3/8’s mile venue .

May 9th will be the first of four appearances at the 3/8’s mile Dodge City Raceway Park, where the action is always fast and furious with drivers using every inch of the high banks.

May 24th the Rebels will make their first of three appearances at the Wakeeney, Speedway.

May 30th the Rebels return to RPM Speedway in Hays, Kansas making the trip to the fast oval four times in 2015.
Saturday June 27th the URSS Sprints cars head back to Dodge City Raceway Park for the first leg of a two Kansas swing with the Rebels making their way to the Wakeeney Speedway on Sunday June 28th rounding out the action.

The Rebels then head out on an ambitious 5 race National Event run featuring 5 races in 9 days. July 10th the Rebels will invade the Wakeeney Speedway for night one of the run, followed on July 11th & 12th with a return to RPM Speedway for the two day “Wheatschocker Nationals.” The following weekend the Rebels head to Lexington, Nebraska for a two day show on July 18th & 19th at Dawson County Speedway.

July 24th the Rebels head to Dodge City Raceway Park of a night one of a two day Southwestern swing before heading on the 28th to Hugoton, Kansas for a stop at the Dirtona Raceway.

July 31st will see the Rebels make the trip to the “1/4 mile Bullring” at Rush County Speedway in LaCrosse, Kansas then completely switch gears on August 1st as they tackle the monstrous High Banks at Belleville, Kansas.

On the weekend of August 29th and 30th the Rebels will make their last appearances at RPM Speedway and Wakeeney respectively.

September 5th and 6th the Rebels will return to the Decatur County Speedway in Oberlin, Kansas for a two day National Event, “The Bob Salem Memorial.”

Rounding out the Racing Season will be the final appearance at Dodge City Raceway Park for the final National Event of 2015, Last year it went down to the wire as Jake Bubak won his second consecutive URSS Championship.