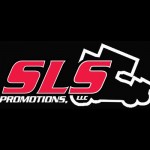 Salina, OK — (March 6, 2015) — Tickets are now on sale for the World of Outlaws Sprint Car Series event at Salina Highbanks Speedway in Salina, Okla., on Friday, May 1. The event will mark the series only visit of the season to Oklahoma and can be purchased online at http://slspromotions.ticketforce.com/salina2015 or by phone by calling: 815-344-2023.

Leading the way will be Oklahoma natives Daryn Pittman and Shane Stewart. Pittman, who hails from Owasso, drives for Kasey Kahne Racing. Stewart, who was born and raised in Bixby, drives for Larson Marks Racing, co-owned by rising NASCAR star Kyle Larson. Both have already been victorious with the series in 2015. Also in attendance will be six-time and defending series champion Donny Schatz, who drives for Tony Stewart Racing, as well as Brad Sweet, Kerry Madsen, Paul McMahan Jason Sides, Jason Johnson and David Gravel among others.

Tickets can purchased online at http://slspromotions.ticketforce.com/salina2015 or by phone by calling: 815-344-2023.