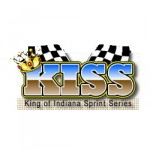 If you don’t care about or are fed up with deflated footballs and pro golfers lying about more than their score, fear not. In a few more weeks sprint cars will be slinging dirt again—in Florida. And sprinters will soon be doing the same here in Indiana as the King of Indiana Sprint Series begins year number 15 at seven of Indiana’s finest dirt ovals.

For the second consecutive year, the Terre Haute Action Track will be first on the KISS schedule. All concerned hope that the rain will avoid the Action Track this year; the past two years’ races have been rained out. This year’s opener will be on April 26 and will be a co-sanction with the MSCS, which should guarantee a strong field of cars to get things started. Robert Ballou won the most recent KISS event here in 2012.

Genuine fears that the Gas City/I-69 Speedway would sit idle for 2015 have disappeared as the O’Connor family has decided to take over the racy northeastern Indiana oval. Five days after the Terre Haute KISS opener, May 1, Gas City will host Round Two with Brady Short hoping to repeat his 2013 feature win (the 2014 race was rained out).

The Kokomo Speedway will close out the weekend with Shane Cottle aiming to repeat on his home track. Cottle won last year after leaders Bryan Clauson and Daron Clayton tangled after a late race re-start. Cottle is the only two time Kokomo winner in the Series and will quite likely be wishing to add a third win to go with his 2014 and 2007 wins.

After a weekend off, the caravan heads to the southeast and tackles the imposing high banks of the Lawrenceburg Speedway on May 16. All time KISS feature winner Jon Stanbrough is the defending race winner at the ‘burg. He will be looking to grab his third Lawrenceburg KISS feature win on what should be a great night of racing.

After the ‘burg bash on the 16th, the Series invades the high banked/red clay oval just a few miles south of the great city of Bloomington on May 22. With Terre Haute suffering a rainout last year, Bloomington was the 2014 opener and Shane Cottle came away with the trophy and the bucks. Brady Short has gotten into the habit of winning every other year. After taking the checkered first in 2011 and 2013, one is tempted to choose Mr. Short, a two time KISS champ, to grab the prize this year.

Haubstadt’s Tri-State Speedway wraps up another Memorial Day weekend by hosting the KISS caravan. The Crown Jewel of ovals will be the scene of what should be another great program that will close out the holiday weekend. Last year’s race saw Jeff Bland Jr. grab an emotional and satisfying win on the first anniversary of Josh Burton’s death—in the Burton family car. Daron Clayton is a three time winner at the Helfrich family’s pride and joy.

The Series takes a couple of weekends off before winding up at the Paragon Speedway on June 13. Last year saw Jon Stanbrough win the battle as Shane Cottle prevailed in the war, edging out Brady Short for the 2014 King of Indiana Sprint Series championship. Cottle finished third while Short could only manage a sixth place result on the paperclip three eighths mile oval. Stanbrough is a four time feature winner in Paragon/KISS action.