WINDOM, Minn. (Sept. 6, 2016) – Only a handful of races remain on the National Sprint League slate before the 2016 champion is crowned.

Defending series champion Danny Lasoski is currently on top of the championship standings by 242 points. With a maximum of 440 points a driver can earn during an NSL event, the championship chase is anything but wrapped up. 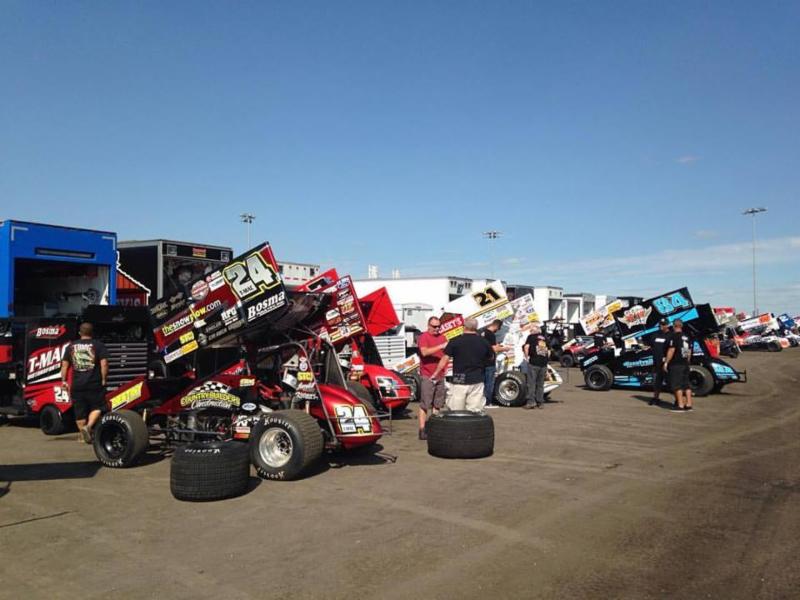 Craig Dollansky, who has jumped back and forth with Lasoski as the NSL points leader throughout the season, ranks second in the standings.

Meanwhile, Brian Brown has climbed back into the mix on the heels of four consecutive podium finishes and six podiums in his last seven NSL races. Brown is only 61 points behind Dollansky for the runner-up position.

The National Sprint League, which crowned Kerry Madsen as the AGCO Jackson Nationals champion last weekend, will be off this weekend before returning on Sept. 16 at Clay County Fair Speedway in Spencer, Iowa, for the Arnold Motor Supply Shootout and Sept. 17 at U.S. 36 Raceway in Osborn, Mo., for the FVP Missouri High-Banked Nationals. Both races are co-sanctioned with the World of Outlaws Craftsman Sprint Car Series.

After that weekend only a non-points race at Lincoln Speedway in Abbottstown, Pa., on Sept. 24 and the 21st annual Queen’s Royale on Sept. 30 and Aug. 1 at St. Francois County Raceway in Farmington, Mo., remain this season.

Madsen leads the series with four feature victories, including a $20,000 win in July and the $25,000-to-win AGCO Jackson Nationals.

Sept. 16 at Clay County Fair Speedway in Spencer, Iowa, for the Arnold Motor Supply Shootout and Sept. 17 at U.S. 36 Raceway in Osborn, Mo., for the FVP Missouri High-Banked Nationals

UNOFFICIAL NATIONAL SPRINT LEAGUE TOP 10 IN POINTS AFTER ROUND 21 –

The National Sprint League was established in 2015 as a premier 410ci winged sprint car series focusing on the Midwest. In 2016, the series branches into the 360ci winged sprint car ranks with the GoMuddy.com National Sprint League 360 Sprint Car Series as well as multiple regions across the United States. For the latest news and information among all the NSL entities, visit http://www.NationalSprintLeague.com.