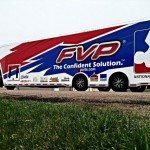 Windom, MN — (April 10, 2015) — FVP, a worldwide leader in providing OE quality automotive and specialty products since 2005, is the 2015 title sponsor of the National Sprint League. The FVP National Sprint League will run its inaugural event this Saturday night, April 11 at the 34 Raceway in West Burlington, Iowa.

The FVP NSL schedule has thirty events planned for 2015 and boasts a $350,000 point fund for its race teams. The schedule includes eighteen venues in seven states in the Midwest.

“We are excited to announce FVP as the title sponsor of the National Sprint League,” says FVP NSL founder, Tod Quiring. “We set out with the goal of bringing a premier racing league to the Midwest in the 410 division. We have come a long way in doing that and the partnership with FVP is the next step in reaching our objectives.”

The inaugural season of the FVP National Sprint League kicks off this weekend at 34 Raceway in Burlington, Iowa. Whether you are watching the race in person or on Speed Shift TV please make sure to support FVP and all of our series sponsors.”