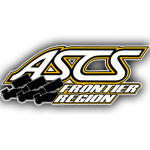 Friday and Saturday will open at 6:00 P.M. with races getting underway at 7:30 P.M. (MT). More information on the Electric City Speedway can be found at www.electriccityspeedway.com or by calling (406) 727-4884.

For continued updates on the ASCS Frontier Region, log onto http://www.ascsracing.com.