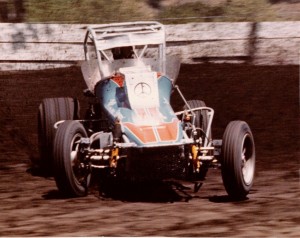 Stockton, CA – September 18, 2013…The upcoming 30th annual “Tribute to Gary Patterson” at the Stockton Dirt Track on November 2 is shaping up to be an exciting conclusion to the 2013 Northern California season and will include the crowning of the “King of the West” champion, open Winged 360 Sprint Cars, a huge fireworks show and more.
The purse for the Winged 360 Sprint Car portion of the “Tribute to GP” has also been announced, with the main event going to pay $2,200-to-win and $400-to-start. The runner up in the feature will earn $1500, with third place paying $1200, fourth place $1,000 and fifth place $900. Initial plans are to have the 360’s run a KWS style format during the night, which includes qualifying, heat races, a dash, LCQ and main event.
For any info regarding the Winged 360 portion of the event, which will follow Civil War/ Rebel Cup rules contact 707-816-9901.
“We’re really excited to have the Tribute to Gary Patterson at the Stockton Dirt Track on November 2,” said Tony Noceti. “It’s definitely going to be a show that fans won’t want to miss. Having the King of the West 410 Series finale here is going to be great and when you add in the Winged 360’s it basically gives you two shows for the price of one. I know we’re looking forward to it and hope everyone else is too.”
Known as the “Dancing Phantom from Stockton,” the “Preacher,” the “Hostile Hippie” or just simply “GP,” Gary Patterson was one of the most colorful characters of his time and captured a number of major wins in his career, including the Gold Cup Race of Champions, the Super Dirt Cup in Washington and the Turkey Night Grand Prix at Ascot Park among others.

Patterson unfortunately lost his life in a Sprint Car crash at Calistoga Speedway on Memorial Day weekend 1983 and an event in his memory has been held every year since. “GP” moved to Stockton, California in 1957 and actually began his career at the Stockton 99 Speedway.

The 30th “Tribute to GP” as mentioned will also mark the championship finale for the King of the West 410 Sprint Car Series and is the second time that the tour will compete at Stockton in 2013. During the KWS event in August young 16-year-old Fresno driver Dominic Scelzi earned his first career series win in dramatic fashion.

The Stockton Dirt Track is located on the San Joaquin County Fairgrounds in Stockton, California and is built inside a one-mile horse track. Advance tickets for the “Tribute to Gary Patterson” will be available soon.