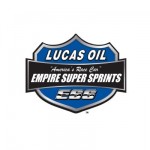 Syracuse, NY — (April 20, 2015) — In a major sponsorship announcement, NAPA Auto Parts has become the title sponsor of the Lucas Oil Empire Super Sprints (ESS) US events point fund. Each full point show run in the US will carry separate points and the top 15 in the final tally will share from the lucrative point fund by NAPA.

NAPA has over 6100 stores nationwide with hundreds here in the home of ESS, NY State. The NAPA name has been recognized as the title sponsor of Super DIRT Week which enters its fourth year of backing in 2015.

“Having the NAPA brand and logo joining ESS is a huge boost for our organization.” Noted ESS President Chuck Miller. “NAPA has been a trusted name and motorsports backer for decades and we can not be more thrilled that they have chose to help us out in a big way.”
More than 85 years ago, the National Automotive Parts Association (“NAPA”) was created to meet America’s growing need for an effective auto parts distribution system. Today, 91% of do-it-yourself customers recognize the NAPA brand name. Please log on to www.napaonline.com for your NAPA Know How!
You can also find a full line of Lucas Oil Products at your local NAPA Auto Parts Store!

Not only will NAPA be the US point fund sponsor, but look for many exciting promotions during the season for ESS teams and fans. The NAPA Store of the race will also be announced where racing fans, crews and teams can stop on their way to a particular ESS event.

The Lucas Oil ESS season is right upon us, the 32nd Anniversary Tour will be the most lucrative in the history of the 360 organization. It promises also to be one of the most competitive as well with the tradition of excitement guaranteed continuing!