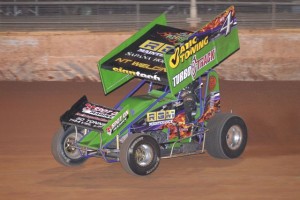 It may be the speedway off season for the majority of states in Australia, but in the Northern Territory, their season is alive and well. Late next month at Northline Speedway in Darwin over two weekends, they will be running the Top End Challenge for 360 Sprintcars.

Heading the local contenders will be Jamie McInnes, father and son team of Peter and Jason McIver, and a host of others. After last season’s events were won by Western Australian Trent Pigdon and Victorian Tony Moule, the locals are not only primed to keep their prestigious events in their grasp but also claim their fair share of the $15,000 prize pool.

Apart from a lot of healthy competition, there’s $2,000 up for grabs for the feature-race winner on both Saturday nights, and there’s also encouraging tow money on offer for competitors travelling from interstate. There will be $1,500 on offer in tow money for interstate competitors.

All entrants must have 360 Sprintcars that are SCCA registered. Other requirements are, running the new rules of the front torsion bar plugs and Hans and neck devices have to be within five years of its stamp.

Top End Challenge nomination forms can be obtained by emailing racing@darwinspeedway.com.au, or to find out more information contact Jason McIver 0408 818 544 or Mark King 0447 021 705.

Nomination forms can also be downloaded from the www.nt360sprintcars.com.au website.

The NT 360 Sprintcars have launched their official website: www.nt360sprintcars.com.au