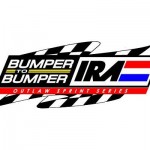 Appleton, WI — (April 6, 2016) — Open wheeled racing in Wisconsin is rich in tradition. Where the jalopies of the 1950’s gave way to the coupes of the 1960’s and the modifieds of the 1970’s open-wheeled racing has remained at the cutting edge of excitement on area short tracks.

It is back in the murky history of modified racing, that the Interstate Racing Association began making it’s mark as a club based sanctioning body for weekly events held at various tracks in southeastern Wisconsin.

It is said that with the 1967 season, the modifieds under the sanction of IRA began to travel and thus began to name a champion of its traveling circuit. With that widely recognized premise, the 2016 season will be the 50th season of competition as a traveling circuit that will be recognized this year. The season should be an historic one.

The IRA Sprints are widely seen as the reason 410 Sprint Car racing came into being in Wisconsin. After years running as Winged Super Modifieds, the IRA adopted widely recognized sprint car rules in the early 1980’s which lead to the explosive growth of sprint car racing in Wisconsin.

Fields of 60 sprint cars were not uncommon during the 1990’s.

Forward to today and the Bumper to Bumper IRA Outlaw Sprints are still the standard in the upper-Midwest for the action and excitement that can only be witnessed when the fastest cars on dirt track to the track.

While fields in the popular class have remained solid, typically surpassing the 30 mark as the majority of events the level of competition in the series has never been higher.

Coming off an impressive 2015 season where seemingly every car starting the main event each night had a shot at taking the checkered flag, that pinnacle of parity is expected to continue into 2016.

After years of growth with numerous talented rookies joining the field, 2016 will see the return of several star drivers who had been absent for several seasons or who had run limited schedules.

Former Rookie of the Robbie Pribnow who had lead an onslaught of 360 sprint car drivers into IRA action will return with a heavy schedule behind the wheel of a Brandon Thone owned machine. Pribnow came to the series from the 360 sprint ranks taking Rookie of the Year honors in 2012 but has since seen limited action. His success was recognized by a strong field of 360-sprint driver eager to join the 410 ranks over the past several seasons.

The lure of racing has drawn back a couple other top drivers.

Todd King returns to action and plans to run a fair number of events this upcoming season. A veteran racer who has shown time, and again he can run at the front of the pack had laid low the past couple years. He returned near the end of 2015, and scored a dramatic victory during the season finale event at the Sheboygan County Fairpark in Plymouth fending off last season’s champion Bill Rose for the win.

The third driver returning to action after an absence is perhaps one of the hardest charging drivers ever to wheel an IRA sprint car. Mike Kertscher will return to action in 2016. Kertscher ranks in the top ten in modern era all-time A-main victories having crossed the line first on twenty occasions.

Add the aforementioned drivers to an already talent filled field, and chances are last years showing of 20 different winners could be exceeded in a hectic 35 event schedule penned for the 2016 season.

While it is far to early to determine which drivers will be contesting for the season championship you can expect a continuation of the tight points battle. Last year heading into the final three weeks of action a half dozen drivers were in contention for the crown. Misfortune eventually weeded out young chargers Scotty Thiel, Blake Nimee and Jeremy Schultz leaving veteran racers Bill Rose and Scotty Neitzel to challenge hard charging local favorite Ben Schmidt in front of his hometown crowd at the season ending event at the Sheboygan County Fairpark in Plymouth.

On a wild and chaotic night Rose drove a patient race to secure the season title after earning runner-up honors in 2014. Schmidt had to settle for second with Neitzel just a handful of markers back in the third spot.

Last season 21 drivers earned a trip to the awards banquet and all 21 have already indicated they will return to action again during the historic 2016 season.

The 2016 season is set to get underway at LaSalle Speedway, in LaSalle, Illinois on Saturday Night April 16th. In an event co-sanctioned by the Bumper to Bumper IRA Outlaw Sprints and the Midwest Open Wheel Association a field of nearly 40 cars are expected to take to the banked quarter-mile bullring.

Adult tickets can be purchased for $25. Children under the age of 13 are FREE with a paid adult ticket.

For more information on the IRA Outlaw Sprints check out the tour website at www.irasprints.com or by logging onto the series Facebook page at www.facebook.com/irasprints the series is also on twitter at #IRA_sprints.