WINDOM, Minn. (Aug. 17, 2016) – There are only seven remaining points-paying races on the National Sprint League schedule this season.

The series will take this weekend off before returning to action on Aug. 27 at Knoxville Raceway in Knoxville, Iowa, for the half-mile oval’s final NSL event of the season. 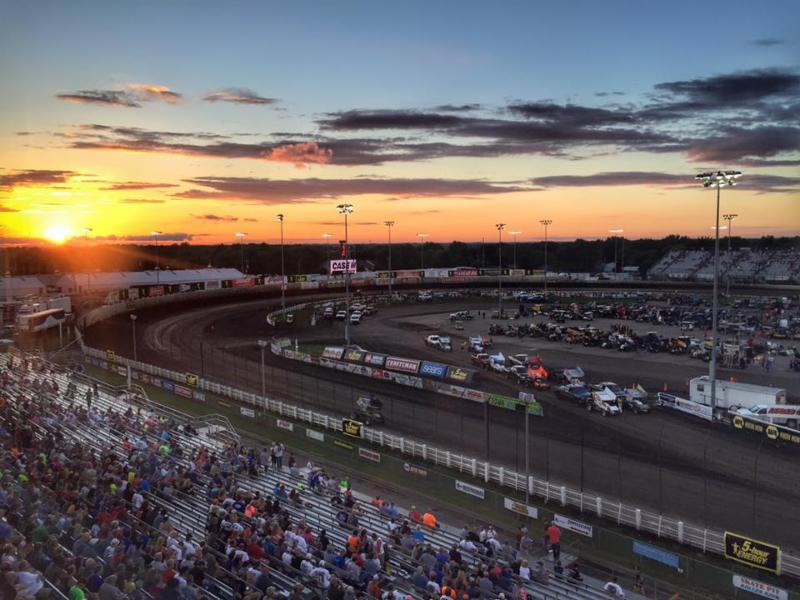 Danny Lasoski currently leads Craig Dollansky by only 82 points in the championship standings during what has been an epic battle throughout the season. The duo has traded the top spot five times with the leader never pulling away by more than 108 points (drivers can earn a maximum of 440 points in one event).

Lasoski leads the series in quick times while Dollansky has one more feature victory and top 10 than Lasoski.

“It has been a great race to be on top of the standings throughout the year,” National Sprint League Competition Director Chuck Zitterich said. “From a series standpoint you hope that a couple of drivers duke it out for the championship and it comes down to the end of the season, which this year it’s shaping up to be that type of battle.”

Following the event at Knoxville Raceway the National Sprint League will hold events at Jackson Motorplex in Jackson, Minn., for the AGCO Jackson Nationals on Sept. 3-4; at Clay County Fair Speedway in Spencer, Iowa, on Sept. 16; at U.S. 36 Raceway in Osborn, Mo., on Sept. 17; at Lincoln Speedway in Abbottstown, Pa., for the Dirt Classic on Sept. 24 (no points); and at St. Francois County Raceway in Farmington, Mo., for the Queen’s Royale on Sept. 30 and Oct. 1.

UNOFFICIAL NATIONAL SPRINT LEAGUE TOP 10 IN POINTS AFTER ROUND 18 –

The National Sprint League was established in 2015 as a premier 410ci winged sprint car series focusing on the Midwest. In 2016, the series branches into the 360ci winged sprint car ranks with the GoMuddy.com National Sprint League 360 Sprint Car Series as well as multiple regions across the United States. For the latest news and information among all the NSL entities, visit http://www.NationalSprintLeague.com.